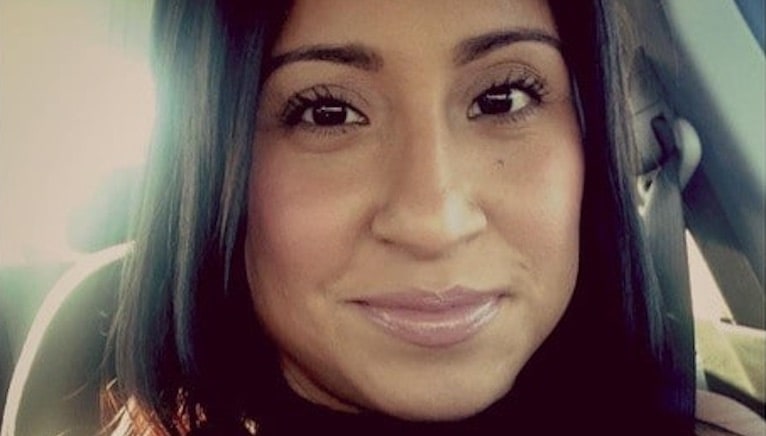 New Jersey - "Don’t ask me how I do it, because sometimes I don’t even know", Darlene Fienco told me after I asked her about how she’s able to juggle a full-time job, pursue a master’s degree from the New Jersey City University, and also raising her five-year-old son Marco as a single mother. The 33-year-old, who currently works as a Sales Initiative Manager at Mondelēz International, successfully manages to keep up with her three classes while also being responsible for her son’s virtual learning modules during the pandemic. She attributes her work ethic to her parents and how they raised her, "they migrated to this country to give their children a better living. They put me through school, private school at that, they put me through college… so I wanted to make something out of myself". 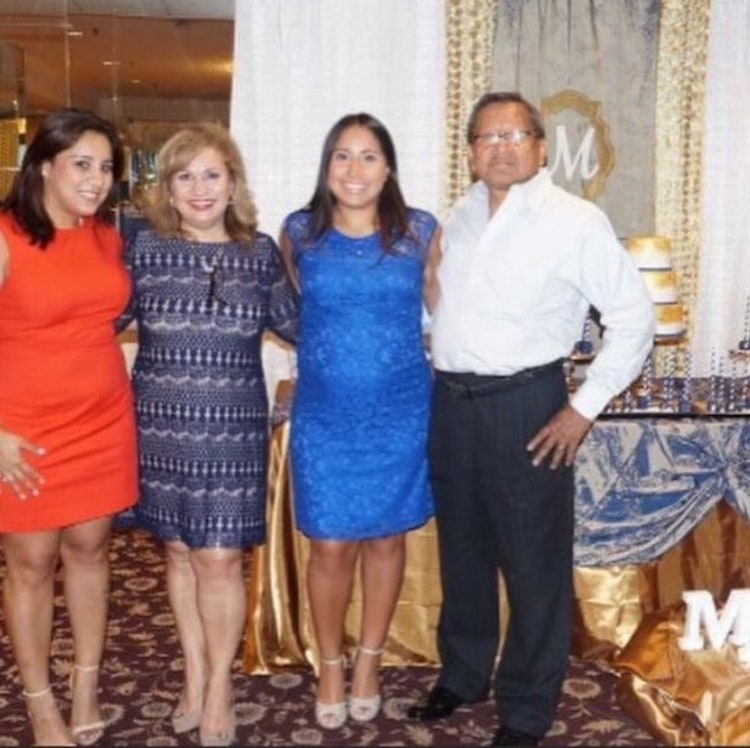 Originally from Ecuador, Washington and Margarita Fienco came to the United States to pursue a better life. "My mom came from a better social standing, and she was able to get into college, while my dad came from a very country life, and his furthest education there was the seventh grade". Though they did not complete professional degrees, they wanted their daughters to go further than they were able to. "Education comes first, second and third", as Margarita would always say to Darlene, really instill in her the drive and motivation to do well in school.

Darlene grew up in New York City. When her parents migrated, they barely spoke any English, but they did everything they could to further their daughters’ education. "My dad was a superintendent at a building, and my mom stayed at home until we went into first grade. After that she became a babysitter for a family on the east side". Darlene and her older sister Erika grew up surrounded by family, "Sundays was family time because my dad was always off from work". Though most of her direct family was in Ecuador, she had an aunt and some cousins that lived on the same building. "From a very young age, I really learned the importance of putting family first".

During summers, the Fiencos would go back to Ecuador to visit family and would stay there for two to three months. "My parents wanted us to understand our culture, and to never forget where we came from". For Darlene, it was always a humbling experience as she got to see where her father grew up, "you had to farm your own food in order to eat, and that’s why I always understood the reason my parents worked so hard to instill the value of hard work in me".

At the age of 13, Darlene ended up moving to Yonkers with her mother after her parents decided to get separated. "My whole life changed because I went from being a city girl to now being in a suburban area". She got enrolled in an all-girls Catholic private high school, where as Darlene recalls, she was one of four Hispanic students in her entire class. "It was very different, and I had to adapt very quickly to that environment".

Margarita was not fully equipped to help Darlene with the college application process, so she relied on her good friend Debra, "after my mom babysat for a family of doctors, they helped her get a job as a Lab Assistant in Cornell, and that’s how they met". Debra educated Margarita in how to apply to Financial Aid as well as some of the things she could do to ensure her daughters would have better college applications. At Debra’s recommendation, Fienco went to Skidmore College in Saratoga Springs while she was a Junior in high school to take advanced college courses that would prepare her for her next steps. 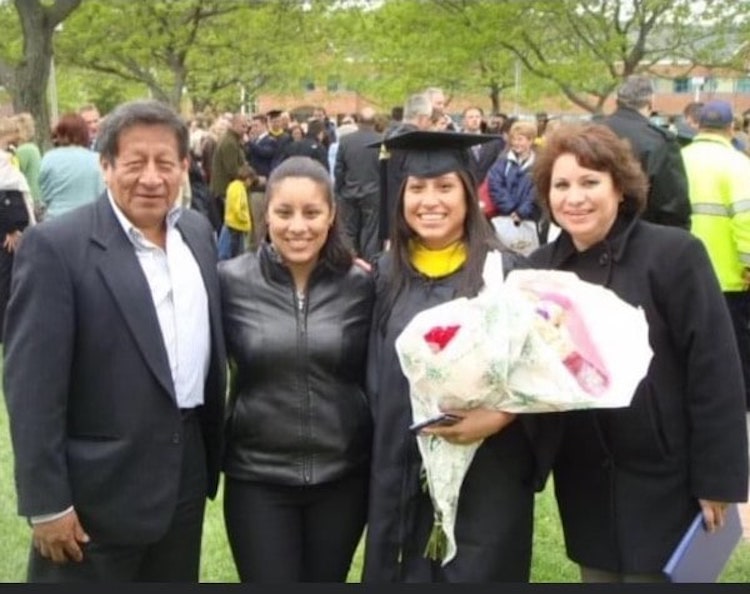 Darlene had some schools in mind, but ended up enrolling at Quinnipiac University in Connecticut, "my sister was going there, and I felt comfort knowing that I knew someone at school". Fienco knew she wanted to major in business, as she understood what she wanted to get out of school, "that’s why I was able to graduate with a dual bachelor’s degree in International Business and Marketing".

The 2008 Great Recession was taking place as Darlene was a Junior in college, so she knew she had to find the right opportunities to land a full-time job after school. After studying abroad in Italy, she grew passionate about international business and started researching companies with a global presence. "At one of our career fairs, there was a Kraft Foods (Now Mondelēz International) representative, and she talked about summer internship opportunities. It really caught my attention, so I decided to apply". Darlene quickly got accepted into the program to become a Sales Intern in the Connecticut area. "I was driving to Applebee’s to grab dinner with my roommate when I got the call from HR extending me an offer. I was so excited!".

After successful completion of her internship, Fienco was offered a full-time position upon graduation, and without hesitation she signed the dotted line. "Next thing you know, July 4th of 2009, I was on a U-Haul truck with my dad, driving to Boston, to move everything from my storage room in Connecticut to Massachusetts to start my new job as a Sales Associate". Almost twelve years later, Darlene is still happily employed by Mondelēz.

At first, it was difficult for her to be away from home while trying to navigate the workforce as a young professional. "I went into a very male dominated industry at that time, and it wasn’t always easy. There were times that I cried, and I was 250 miles away from my family". Darlene, who has always been very family oriented, used to drive back to New York on weekends, but she had a clear goal in mind, and that was to succeed. "I picked up extra shifts if I needed to… I gave my 100% to the job and that’s how I was able to learn the business and build relationships with our customers. I kept remembering some of my friends from college who didn’t have a job at the time due to the recession, so I knew my sacrifices were worth it".

After spending her first year and a half as a Sales Associate, Darlene was promoted to a Sales Representative position, where she found great success delivering on all her objectives and going above and beyond to meet her KPIs. For her outstanding contributions as a Sales Rep, Fienco was recommended by her manager to join the Region Leadership Program, an initiative dedicated to developing high potential talent and prepare them for managerial roles within the company. "Whenever there was a store visit from any senior leader from our company, they would be impressed with how my stores were set up".

Darlene’s innate leadership skills and tenaciousness helped in opening a lot of doors for her, and when a Merchandising Supervisor role came open, she did not hesitate to take the position. "I knew I had to move in order to keep evolving my career and moving to Connecticut would bring me closer to home". In her new job, Fienco would be in charge of managing part-time and full-time merchandisers across the state of Connecticut. She trained and coached her direct reports to ensure best-in-class merchandising practices. To this day, she cites this role as one of her favorite experiences thus far, "I became a mentor to some of my direct reports, and I enjoyed building that rapport with them".

At the time, Darlene was in a long-term relationship, "and it was difficult to do long-distance as I was also trying to prioritize my career". While in Connecticut, Darlene became pregnant, and her plan was to give birth in New Jersey or New York. "I was living part-time in Connecticut and part-time in New Jersey so I could see my doctors. It was really difficult to balance a ten-year relationship at that point, being pregnant, and trying to be a career woman". As planned, Darlene gave birth in New York, and went on maternity leave for six months. "I really needed that time. I really loved my job, but I was driving so much, and I needed to spend that time at home bonding with my son".

When she came back to work, a role came open closer to home, and once again, she took the opportunity to keep evolving her career. "I knew that if I wanted to be recognized and put my name on the hat for other opportunities, I had to move around and keep building relationships.

From there, Darlene went on to become an Area Training Manager for three years, where she was in charge of training managers across the Northeast region on initiatives rolled out by the strategy team. After almost three years in role, she landed her current position as a Sales Initiative Manager role in the New York City area. Now a homeowner in New Jersey, after four relocations, Fienco keeps working hard to move up in her career and be as successful as she can be.

Earlier this year, Fienco enrolled at the New Jersey City University to pursue a master’s degree in Organizational Management and Leadership. In choosing this program, she was thinking of how to expand her knowledge in corporate functions she has not been exposed to yet. "It is a way to broaden up my opportunities and live up to my full potential". The New York City native hopes to complete her master’s by December 2021 and does not regret her decision at all. "I have been with the company for twelve years, but I’m still young and still deciding what I want to do next, and I feel like that’s okay".

While having a full-time job and complying with her classes has proven to be time consuming, Darlene is very present as a mother, and makes sure she makes her family a priority. "My son has had two households since he was ten months old, so I know it’s important we are very involved in her life". Raising her son as a single mom, she wants to instill in him the same values as her parents instilled in her. "I want to build on his self-esteem so that he never feels like he’s not good enough to do something". Darlene also wants Marco to be connected to his Latin roots, "I actually took him to Ecuador last year for the first time. I wanted to see how my parents grew up, so he never forgets where he came from".

As she reflects back on her career choices, Darlene believes that "in order for me to have grown, I’ve had to sacrifice a lot. I’ve missed Mother’s Days, Christmas mornings with my family at times, Thanksgivings, but it’s led me here, and I am grateful for the career that I have been able to build". Fienco, is very appreciative of all the opportunities she has been given at Mondelēz, but she also knows her work ethic has played a huge part in her success. "I wouldn’t say I’m lucky because it feels like you were randomly picked. For me to be where I am today, I don’t think its luck, it’s been a lot of hard work".

This blog post was created by our Sales Recruiter Rubén Colón Velázquez (https://www.linkedin.com/in/rubencolonvelazquez/)