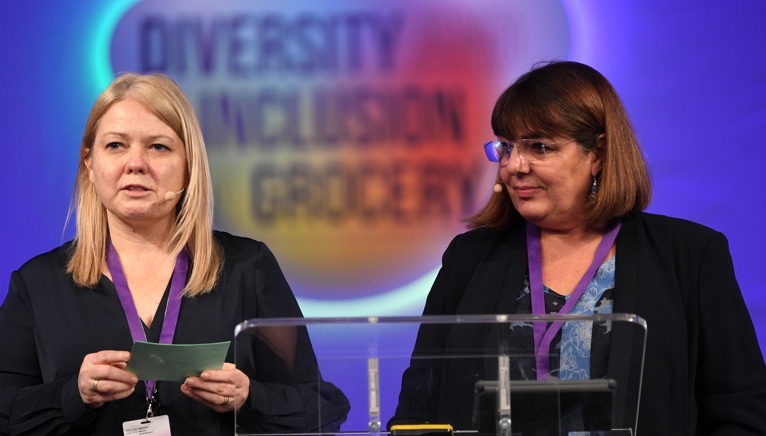 Mondelēz International was joined by four other founding companies to hold the great inaugural ‘Diversity in Inclusion in Grocery’ conference on the 7th of March at Wembley Stadium. The vision of five founding companies, Tesco, Accenture, P&G, Mondelez International and Coca Cola, the conference was a first in the industry. Attracting participants from across the Grocery sector, more than 50 companies shared knowledge and best practice. The packed agenda culminated with a rousing speech from Baroness Karren Brady of Kensington.

Hosts for the event, Mondelēz International’s Louise Stigant and Tesco’s Alessandra Bellini opened the proceedings to a packed audience, sharing their own personal D&I stories, setting the tone for the authenticity and honesty of the speakers to come.

Commenting on the day, Louise Stigant, UK Managing Director for Mondelēz International, said: “Driving advances in diversity and inclusion is critical to any business and we all have a role to play. That’s why Mondelēz International joined forces with other leading companies in the grocery sector to start a conversation about what more we can do to promote diversity & inclusion across the industry. We have a collective responsibility and the power to initiate change. Small changes can add up to make a big difference.”

Next up was a panel discussion comprised of representatives from the five founding companies (Tesco’s Kari Daniels, P&G’s Ranya Shamoon, Accenture’s Jill Standish, Coca Cola’s Leendert den Hollander and Mondelēz international’s Mary Barnard who tackled subjects ranging from the role of men in driving gender equality to the challenges faced by smaller businesses in driving diversity within their organizations. The panel took turns to also share their personal D&I stories, giving moving accounts of events that have shaped them as leaders, what they learnt and how their experience is helping drive change in their own organizations.

Mary Barnard, Mondelēz International Senior Vice-President Special Projects, encouraged people to be braver to ask for what you want in order to progress your career, reminding that ‘if you don’t ask, you don’t get’.

In the afternoon, attendees had the opportunity to join learning sessions. Each session provided opportunities for self-development in areas such as building resilience, developing self-belief, creating a culture for D&I transformation and tackling unconscious bias. Mondelēz International hosted a session on being at my best.

All proceeds from the event will be donated to the industry charity, Grocery Aid. Delegates left Wembley in the knowledge that they had helped others whilst helping develop themselves. The conference has helped the wider grocery industry take a huge stride forward in creating an inclusive environment, in which people can work and thrive and most importantly be valued for being themselves.